Vertical gardening is becoming increasingly popular, especially in urban areas. The trend of vertical planting is not only considered space-saving, but also has a positive effect on cities in terms of both decoration and climate.

Our "green imbus" initiative for more sustainability naturally supports this trend very much! Our former apprentice Maximilian Seuberth built and programmed an autonomously operating vertical farm as part of his final project in his apprenticeship as an IT specialist for application development. This enables the cultivation of ornamental and useful plants without soil, using only water and nutrients dissolved in it. The autonomous vertical farm can be both self-regulated and controlled by means of a single-board computer and several microcontrollers.

With the help of sensors, data from the water and the environment is collected, processed and then displayed on a dashboard. This allows the user to evaluate and control some components via computer, smartphone or tablet. For the water supply, there is a central reservoir into which all essential nutrients are automatically mixed. The finished mixture is then pumped into the space-saving, vertically stacked growing areas to supply the roots of the plants with the nutrient solution and air.

After successful completion of the project, the Vertical Farm was placed in the entrance area of our headquarters in Möhrendorf and was thus accessible to all interested employees. 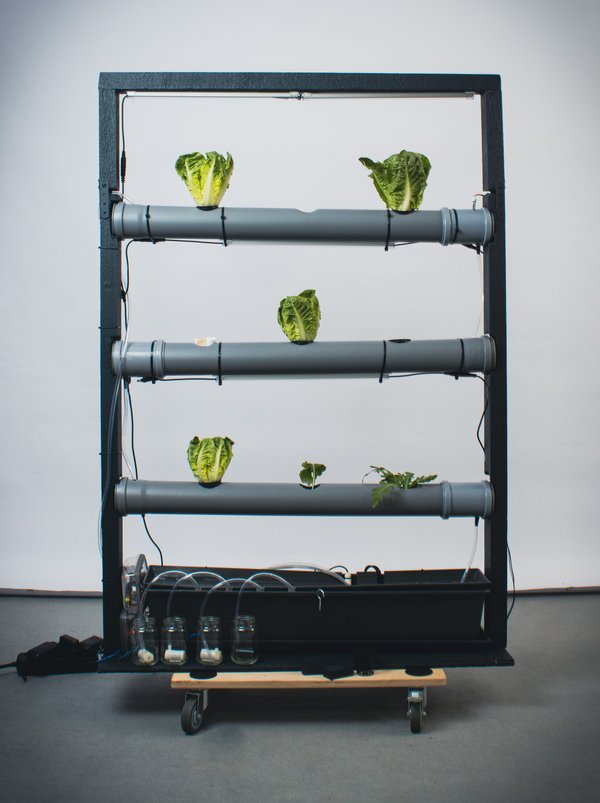 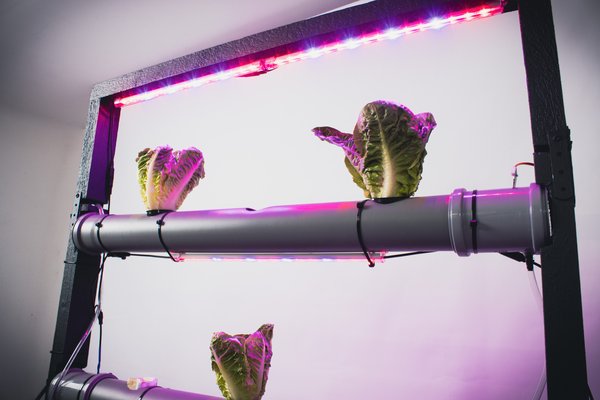